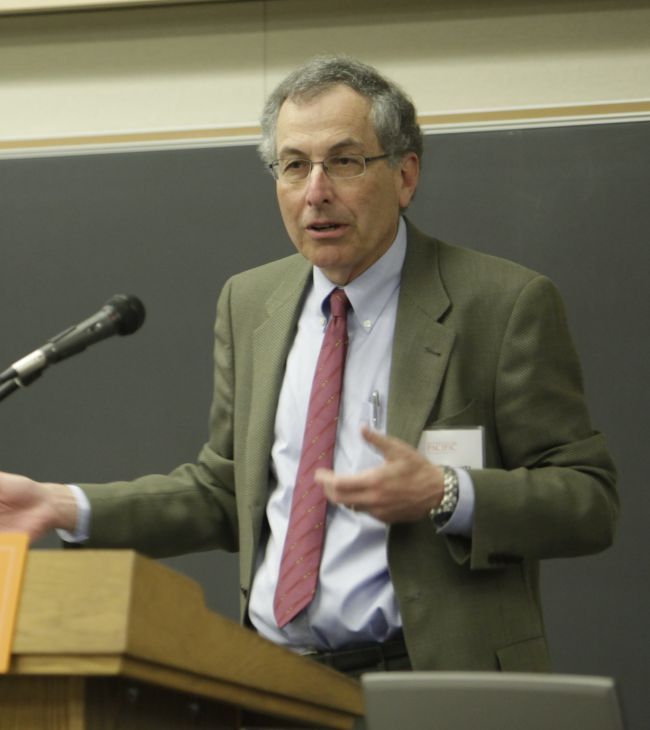 Distinguished Professor of Law Frank Gevurtz is — in the words of the United States Court of Appeals for the Ninth Circuit — a "leading commentator" on corporate law. Courts, lawyers, students and scholars in the United States and abroad look to his treatise, Corporation Law, for authoritative guidance. Professor Gevurtz has written numerous law review articles addressing topics in corporate and securities laws, the laws of other business organizations, the antitrust laws, and the application of U.S. laws to overseas activities. These articles have clarified but also challenged long-standing corporate law doctrines, explored often-unrecognized practical implications of various business organization laws, and proposed innovative solutions to legal problems. They often reflect Professor Gevurtz' use of interdisciplinary approaches by undertaking historical research, empirical studies, and comparative law analysis.

Professor Gevurtz' works have been cited hundreds of times, including by the Supreme Courts of Delaware, Georgia, Minnesota, Pennsylvania, Rhode Island, Wisconsin and Wyoming, and by United States Courts of Appeals for the First, Ninth and D.C. Circuits. His proudest moment came, however, when his mother was able to tell her friends that it was her son whose work on the origins of the corporate board of directors was quoted by a columnist writing in The New Yorker.

Professor Gevurtz' work shows an equally strong commitment to teaching future lawyers. His casebook, Business Planning (now in its fifth edition) has guided students at McGeorge and scores of other law schools from coast to coast through an elaborate problem set in which they aid clients in forming, financing, restructuring and selling a company, thereby bringing experiential legal education to students interested in being business attorneys. Professor Gevurtz also developed and serves as series editor for the revolutionary 23-volume Global Issues book series, which are designed to respond to the growing impact of globalization on legal practice by facilitating the introduction of international and comparative law issues in core law school courses.