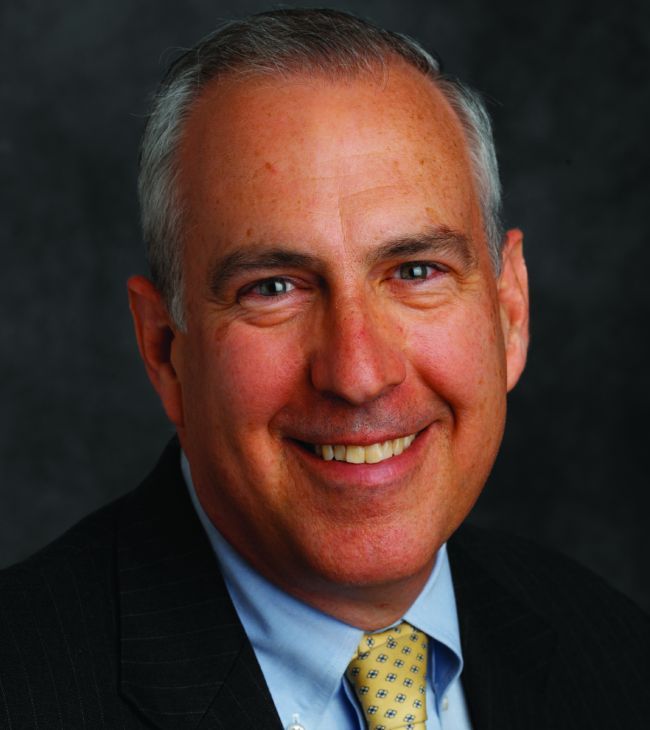 "My mother was a legal pioneer who graduated from Fordham Law School in 1942, and while I was growing up my parents constantly made me aware of the potential for law to be an instrument for positive social change. I have tried to follow through on that principle through my years as a public-interest litigator for Ralph Nader, and then as a teacher, scholar, and legal activist at McGeorge."

Professor John Cary Sims has spent more than 40 years as an attorney, teacher, and scholar focusing on the ways in which the Constitution and the mechanisms based on it can be used to protect the rights of individuals and guard against the abuses of government power. His early specialization was in constitutional law and in the federal statutes designed to expose the operations of the government to public scrutiny, such as the Freedom of Information Act. In more recent years, Professor Sims has also looked beyond the confines to U.S. law to consider how human rights can best be protected in the international realm by treaties, statutes, and tribunals. In the national crisis that followed the 9/11 attacks, Professor Sims joined Professor Stephen Dycus of Vermont Law School and McGeorge Dean Elizabeth Rindskopf Parker in founding the Journal of National Security Law & Policy, a faculty-directed and peer-reviewed journal that departed substantially from the approaches followed by traditional law reviews, which are edited by students. The JNSL&P involves scholars and practicing attorneys from a broad array of law schools, agencies, and other institutions, and it quickly established itself as one of the most influential journals addressing the excruciatingly difficult issues raised by national security, foreign policy, armed conflict, human rights, surveillance and privacy, and counterterrorism. Professor Sims was a founding co-editor-in-chief for the Journal, long served as a Senior Editor, and remains active as a member of its Editorial Board.

Professor Sims has written extensively in a wide range of legal publications, particularly on issues under the First Amendment, government secrecy, and surveillance of private communications. He wrote an exhaustive analysis of the 1971 Pentagon Papers case in which the United States attempted to stop The New York Times from publishing a history of the Vietnam War, and more recently published a pair of articles about the Foreign Intelligence Surveillance Act, challenging the legality of some of the practices utilized by the United States in intercepting private communications after 9/11 without obtaining warrants. Professor Sims has written both about the earliest history of the cooperation between the United States and the United Kingdom on signals intelligence and on the future structure of Internet governance that will best prevent domination from any quarter.

One of the earliest articles written by Professor Sims harshly criticized Bowers v. Hardwick, the 1986 decision by the Supreme Court of the United States holding that gays and lesbians enjoyed no constitutional protection for sexual intimacy. Over the years, as constitutional law developed to protect the LGBT community and eventually to require marriage equality, Professor Sims taught about those issues in his classes and participated actively in the public debate surrounding the dramatic law reform that was taking place. Professor Sims has written about aspects of the earlier civil rights campaigns that transformed constitutional law, and he frequently participates in public discussions, panels, and media events in which the modern issues affecting gays and lesbians are considered in the broader context of the Supreme Court jurisprudence involving equality, personal privacy, and liberty.

Recent decades have seen an exponential growth in the law concerning international human rights, and in the correlations between international law and the types of issues traditionally considered within U.S. constitutional law. Professor Sims has participated in these developments in a number of ways. McGeorge was one of the first law schools to establish a presence outside the United States, and Professor Sims has often taught in and sometimes directed the school's international activities in Salzburg, Austria, in St. Petersburg, Russia, and in Antigua, Guatemala. International law classes such as the ones that Professor Sims has taught overseas for McGeorge on human rights, comparative law, and foreign relations law explore the ever-more-important connections between U.S. law and international law. Professor Sims has also written scholarly articles relating to these topics, including particularly the challenges of enforcing treaties through the work of international tribunals or domestic litigation. The First Amendment issues of particular interest to Professor Sims are increasingly likely to arise in a manner that crosses borders, since a publication that occurs in one place or on the Internet may be subject to being suppressed or punished by government or private action originating on the other side of the world. Professor Sims has presented papers or made other presentations in such locations as Russia, India, Greece, Brazil, Spain, Portugal, Belgium, and France.

Professor Sims was first admitted to the Bar in Massachusetts in 1974, after graduating from Harvard Law School and serving as a Supreme Court Note and Note Editor on the Harvard Law Review. During 1974-1975, he was a law clerk to the Honorable Frank M. Coffin, Chief Judge of the United States Court of Appeals for the First Circuit, the federal appellate court covering the northeastern portion of the United States. After finishing the clerkship, he joined the Public Citizen Litigation Group in Washington, D.C., the public-interest law firm founded by Ralph Nader. For eleven years, Professor Sims actively litigated and argued cases in a wide range of forums, including the Supreme Court of the United States, a number of federal courts of appeals, several state supreme courts, various federal district courts, and many federal administrative agencies. He was admitted to the D.C. Bar in 1975 and the California Bar in 1986, and has always been active on issues relating to legal profession. He was a member of the Jordan Committee that advised the D.C. Bar on the form that the rules of conduct for the members of its Bar should take, and has been involved in the efforts to replace the California Rules of Professional Conduct by rules more closely modeled on the ABA Model Rules that are relied upon in the rest of the country. While litigating for the Litigation Group, Professor Sims handled the cases that invalidated the residence requirements for the New York Bar and for motion applicants to the Massachusetts Bar, thus helping to advance the modern world of Bar admissions that frequently crosses both state and national boundaries. The litigation, writing, and speaking that Professor Sims has done on matters directly relating to the Bar directly inform his teaching in the required course in Professional Responsibility.

While he was a litigator before joining the McGeorge faculty in 1986, Professor Sims mostly worked on appeals. Thus, he filed, litigated, and argued Regan v. Taxation with Representation of Washington, 461 U.S. 540 (1983), a constitutional challenge to regulation of public-interest lobbying under the Internal Revenue Code. He was also one of the principal attorneys in Snepp v. United States, 444 U.S. 507 (1980), in which Professor Sims represented a former CIA officer resisting censorship of his book describing the fall of Saigon in 1975, and INS v. Chadha, 462 U.S. 919 (1983), which invalidated the "legislative veto" process that Congress had imbedded in many dozens of federal statutes. The range of issues involved in the other cases handled by Professor Sims was very wide, including appeals and trials of claims under the Freedom of Information Act, challenging the plan to tear down the Poletown neighborhood in Detroit to build an automobile assembly plant, seeking damages by those wiretapped by the Nixon Administration and those women given the drug diethylstilbestrol (DES) by the University of Chicago as part of a medical experiment, and defending the fee structures used by the Nader-inspired Public Interest Research Groups on college campuses.

Selected scholarship that may be of interest

On Jan. 25, 2021, the Journal of National Security Law & Policy, which was founded at McGeorge, published ten short articles discussing topics relating to the violent insurrection that took place at the Capitol on Jan. 6. This is one of them.

Will Brandenburg Provide Protection for Donald Trump in the Second Impeachment Trial?

The constitutional processes by which the United States joins treaties, such as those dealing with human rights, are tortuous, while it is relatively easy for a President to terminate a treaty.

After 9/11, the Bush administration intercepted electronic communications in violation of the Foreign Intelligence Surveillance Act (FISA).

During World War II, the United States and Great Britain agreed to share the crucial intelligence gained through their codebreaking activities.

This year, it will be 50 years since the Supreme Court’s foundational First Amendment ruling protecting publication of a highly-classified study of the origins of the Vietnam War.

In 1986, the Supreme Court’s decision in Bowers v. Hardwick explicitly approved of discrimination against the LGBT community, an approach vigorously disputed by this essay.

Many years later, Professor Sims was able to join his McGeorge colleague Lawrence Levine in celebrating the four Supreme Court decisions that culminated in the announcement of constitutional protection for marriage equality.

Before he became a Justice on the Supreme Court, Thurgood Marshall courageously and adeptly led the legal efforts challenging racial segregation in the United States, leading ultimately to Brown v. Board of Education (1954).