Larry Levine | University of the Pacific Skip to main content 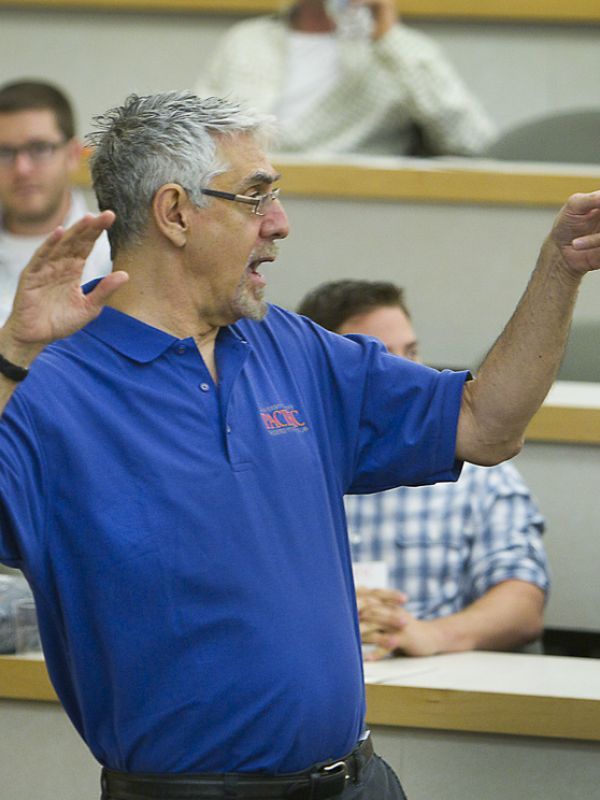 "It is an exhilarating honor to get to introduce new law students to the delights that come from developing the skills to ‘think like a lawyer,’ especially in the context of the ever-fascinating context of tort law."

After graduating from University of California, Hastings College of the Law with honors, Professor Levine clerked for Judge Eugene F. Lynch (U.S. District Court, Northern District of California). He then was an associate with Morrison & Foerster in San Francisco for two years. Professor Levine was also an adjunct faculty member of UC Hastings College of Law before coming to McGeorge in 1985. Professor Levine has authored several books and articles on the subject of torts. He is the co-author of A Torts Anthology and is a co-author of the torts treatise, Understanding Torts, and a torts casebook, Tort Law and Practice.

Professor Levine has been a frequent panelist, lecturer, and speaker on legal issues involving torts and sexual orientation. He has served on the State Bar Committee on Sexual Orientation Discrimination as well as the board of directors of the AIDS Legal Referral Panel of Northern California and Sacramento Lawyers for the Equality of Gays and Lesbians. He was the chairperson of the Law School Admission Council’s (LSAC) Gay, Lesbian, Bisexual and Transgender Issues Subcommittee and a member of LSAC’s Services and Programs committee. Professor Levine served on the Board of Directors of the National Lesbian and Gay Lawyers Association and is a member of the American Law Institute. Professor Levine is a member of the American Law Institute. He has been a visiting professor of law at UC Hastings College of the Law, UC Davis and at New York Law School.

Larry Levine from Legends of Courage on Vimeo.

"Aspirational Standards in the Law of Torts," U. of Oregon, April 2015

Lawrence C. Levine discussed the US Supreme Court's ruling on same-sex marriage on Insight with Beth Ruyak on Capitol Public Radio on June 29, 2016.