Alumni in Academia: Five McGeorge faculty shape the minds of future lawyers at alma mater | University of the Pacific Skip to main content 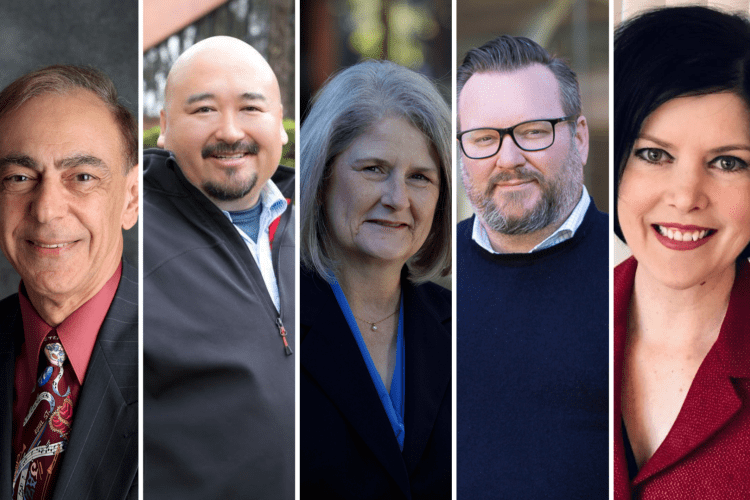 While McGeorge School of Law is home to many distinguished and noteworthy professors, a unique aspect of our faculty is the number of alumni who serve on the full-time faculty. These professors know first-hand the experiences and challenges McGeorge students face, which has in turn impacted their teaching methods. There are currently five full-time faculty who are McGeorge alumni.

These faculty members also bring with them legal experiences from outside of academia. In between studying at and teaching at McGeorge, these alumni have held positions such as: senior policy consultant, chief legislative advocate, associate attorney, municipal court judge, district attorney, chief managing editor, and many more. Their previous and current works have created a well-rounded and practical education for McGeorge students.

In addition to teaching, each of these faculty members are involved in advising or directing students with extracurricular activities: 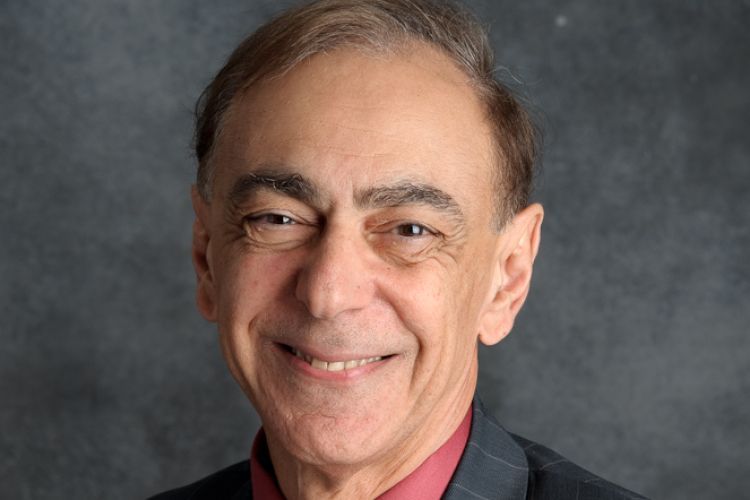 Professor Ed Telfeyan has taught in the McGeorge legal writing program since 2000, has been a Professor of Lawyering Skills since 2009, and has been the director of the McGeorge Moot Court Program since 2003. Under his direction, the moot court program has become nationally recognized with numerous awards in moot court competitions in state-wide, national, and international competitions.

“My goal with all of my students is to imbue them with a sense of the importance of quality writing and oral advocacy in whatever way they choose to pursue their careers,” Telfeyan said. “I want them to appreciate the value of using a systematized process in every writing project they undertake as attorneys and, ultimately, to understand that the process generates the analysis.”

Telfeyan is widely recognized as a leading voice among legal writing professors. He is a co-author and principal editor of the textbook, "Global Lawyering Skills," that is used at McGeorge and at several other law schools and has compiled a casebook for his Criminal Law Defenses elective.

He is a prolific writer including a blog which he maintained for 20 years (entitled “Meals From the Marketplace”), in which he published weekly his articles on politics, public policy, and cultural issues as well as his regular reviews of artistic performances. He has also written a novel and a memoir. Additionally, Telfeyan is an armed forces veteran who attained the rank of Captain in the U.S. Air Force.

Before joining the McGeorge faculty, Telfeyan had a multi-faceted career that included extensive trial and appellate work in criminal defense, plaintiff's personal injury and business law, and transactional work in business and entertainment law. Additionally, he worked in the California State Capitol, serving as a senior policy consultant, as the chief legislative advocate for a state-wide trade association. He was also a presidential campaign coordinator in the 1988 presidential campaign of Michael Dukakis. 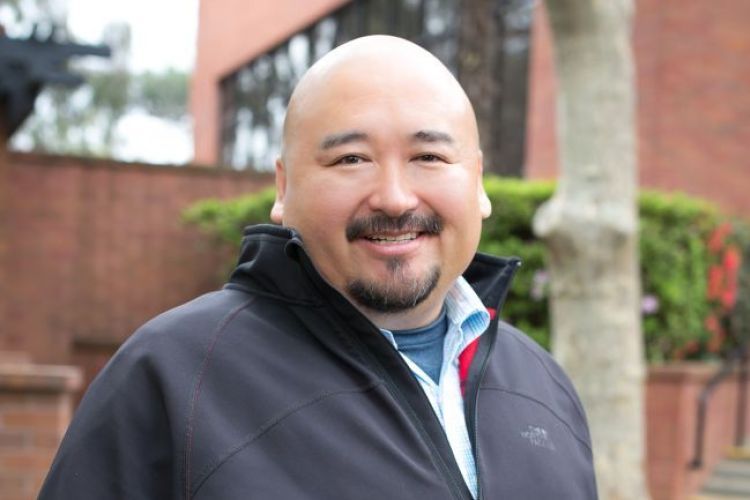 His research concerns intellectual property, university technology transfer, and cybersecurity. He has recently given presentations related to access to and protection of medicines and technology at numerous institutions, including the Confederation of Indian Industry, Copenhagen Business School - CBS Law, Max Planck Institute for Innovation and Competition, Stanford Law School, Wake Forest University School of Law, and the American Association of Law Schools Annual Meeting.

Prior to joining academia, Mireles was an associate attorney at Downey Brand, practicing intellectual property and commercial law, and was a law clerk to Circuit Judge S. Jay Plager of the U.S. Court of Appeals for the Federal Circuit in Washington, D.C. He has served on the board of directors of several professional and community organizations, as co-chair of the Federal Circuit Bar Association Diversity Committee, as president of the Asian Bar Association of Sacramento, and as a mayoral appointment to the City of Sacramento Racial Profiling Commission.

In addition to graduating Order of the Coif with a JD from McGeorge, Mireles received an LLM in intellectual property law from George Washington University Law School with highest honors. He enjoys volunteering with nonprofits, particularly with the refugee resettlement organization World Relief; and teaches intellectual property classes to local high school students. 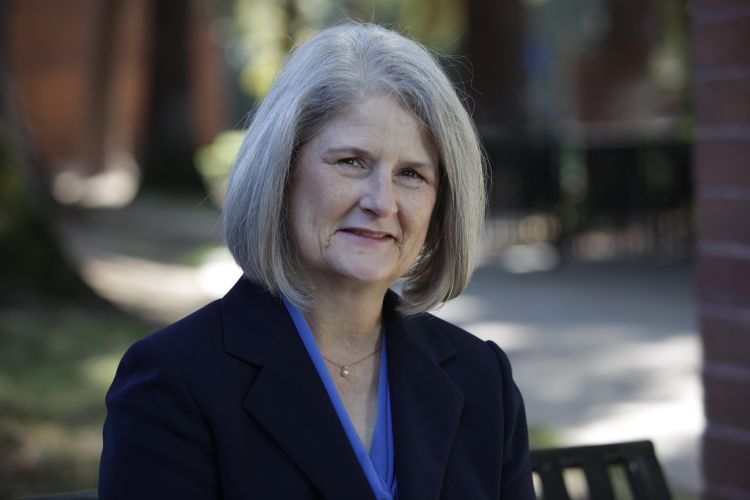 Professor Colleen Truden is the director of the Externship Program and a lecturer in law. She joined the McGeorge faculty in 2006. Her legal career spans more than 30 years during which time she had a robust civil litigation practice, clerked for federal and state court judges, served as a municipal court judge, worked as staff counsel for a state agency, and as the district attorney for her jurisdiction.

She continues to participate in several bar associations and community non-profit organizations. She brings her diverse experiences to help students identify the best real-life placement experiences and guide them in their professional development. 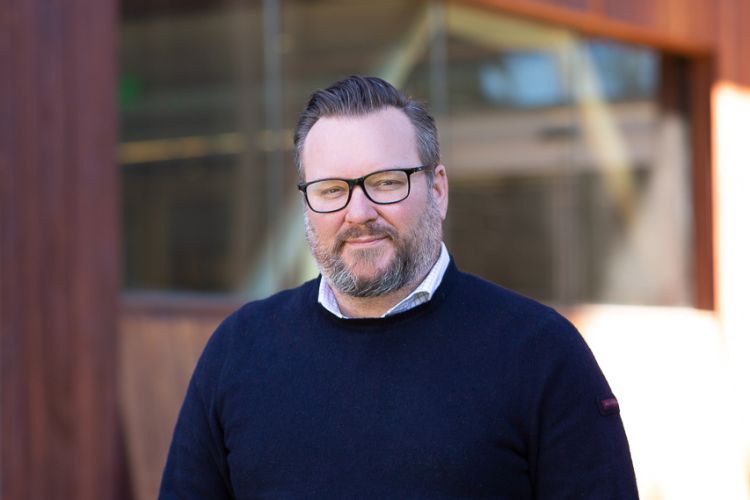 Professor Dan Croxall joined the McGeorge faculty in 2015. He created and teaches the world’s first Craft Beer Law class at a law school. Aside from Craft Beer Law, Professor Croxall teaches Civil Procedure, Global Lawyering Skills I and II, Professional Responsibility, the Legal Profession, and Political Science 175 on the University of the Pacific’s undergraduate campus in Stockton.

Croxall became the director of the Pacific Legal Scholars Program in 2022, which is a highly selective pre-law professional program. He received the 2019 and 2021 Professor of the Year award for the JD Program.

After finishing his undergraduate and graduate degrees at California Polytechnic State University, San Luis Obispo, Croxall was offered a teaching job as a lecturer and felt like teaching was his true calling. He taught in the English Department at Cal Poly, including Argument and Critical Thinking. After teaching this course, he was inspired to go to law school, where he gained a unique perspective on what it was like to be a McGeorge evening student.

“I was an evening student, so I had a full-time job and a family. That experience – being an evening student with responsibilities – has really kind of helped me to understand how difficult it can be for certain students, not just from that background but from different challenging backgrounds and areas,” he said.

Croxall is the leading legal scholar on laws and regulations that impact the craft beer industry specifically and the alcoholic beverage industry generally and is nearly finished with the first craft beer law textbook (Carolina Academic Press) for use in law schools and for craft breweries. In April 2021, he organized and hosted the world’s first law review symposium focused on craft beer law, which included scholars and practitioners from around the country. 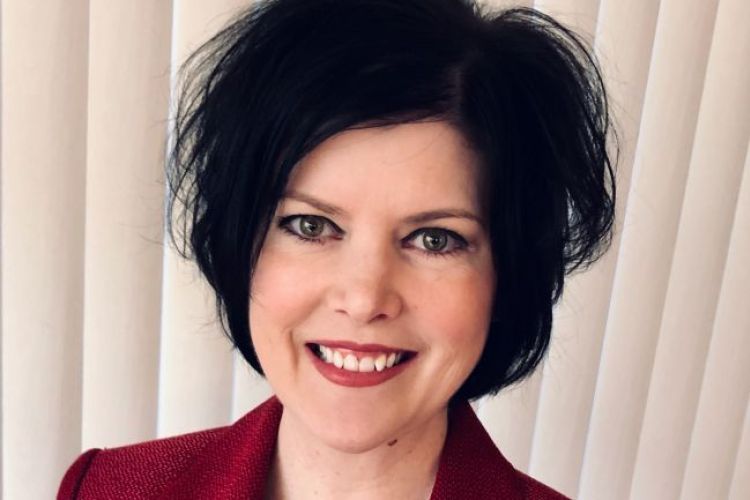 "The wellness focus on campus, under the leadership of Dean Schwartz, [has] so many amazing resources for students to support their mental health and wellness,” she said. “It is crucial to build wellness habits during your study of law that you can carry into your future practice of law.”

Harrington practiced civil litigation in the Sacramento area since her graduation from McGeorge School of Law. She has tried both criminal and civil cases to jury verdict and is proficient in appellate work. At McGeorge, Harrington served on the Board of Editors for the University of the Pacific Law Review, as Chief Managing Editor. She was instrumental in completing five issues for publication during that time.

Harrington initially joined the McGeorge faculty as an adjunct professor in 2020, teaching JD courses in the PASS and BEAT programs, as well as the Introduction to Legal Analysis in the MSL program and LLM Legal Research and Writing in the LLM program. She was awarded Professor of the Year by Class of 2022 students in the MSL program. She joined the full-time faculty in April 2022.

“Law school should not be viewed as a competition; it should be viewed as a supportive community. It is an important time to build relationships, to nurture and cultivate your positive mental attitude, and to open your mind to new opportunities and experiences,” Harrington said.

She reflects fondly on her time at McGeorge, saying that she still remembers what it was like to sit in those classroom seats or to present arguments in the courtroom, and tries to build confidence in her students so that they feel practice ready when they graduate. 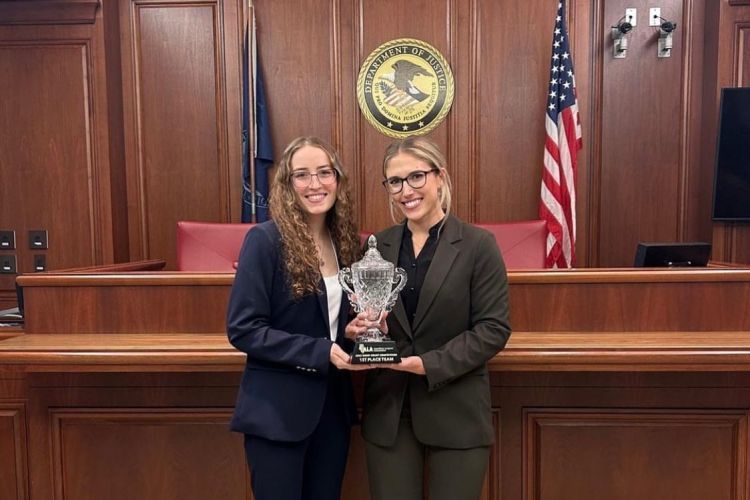 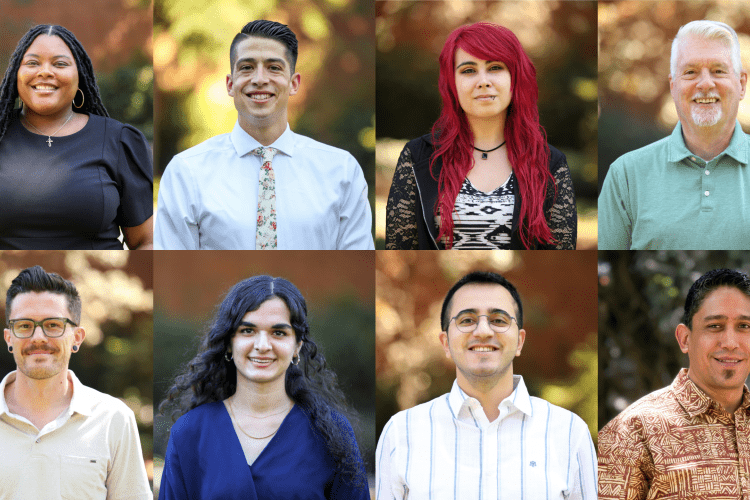 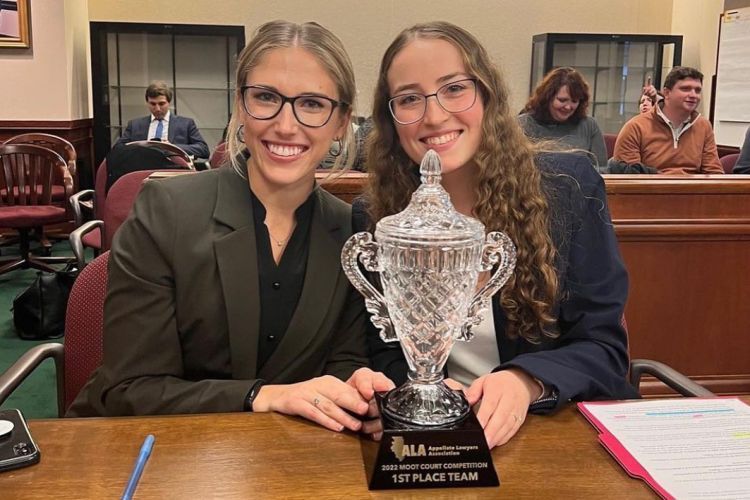