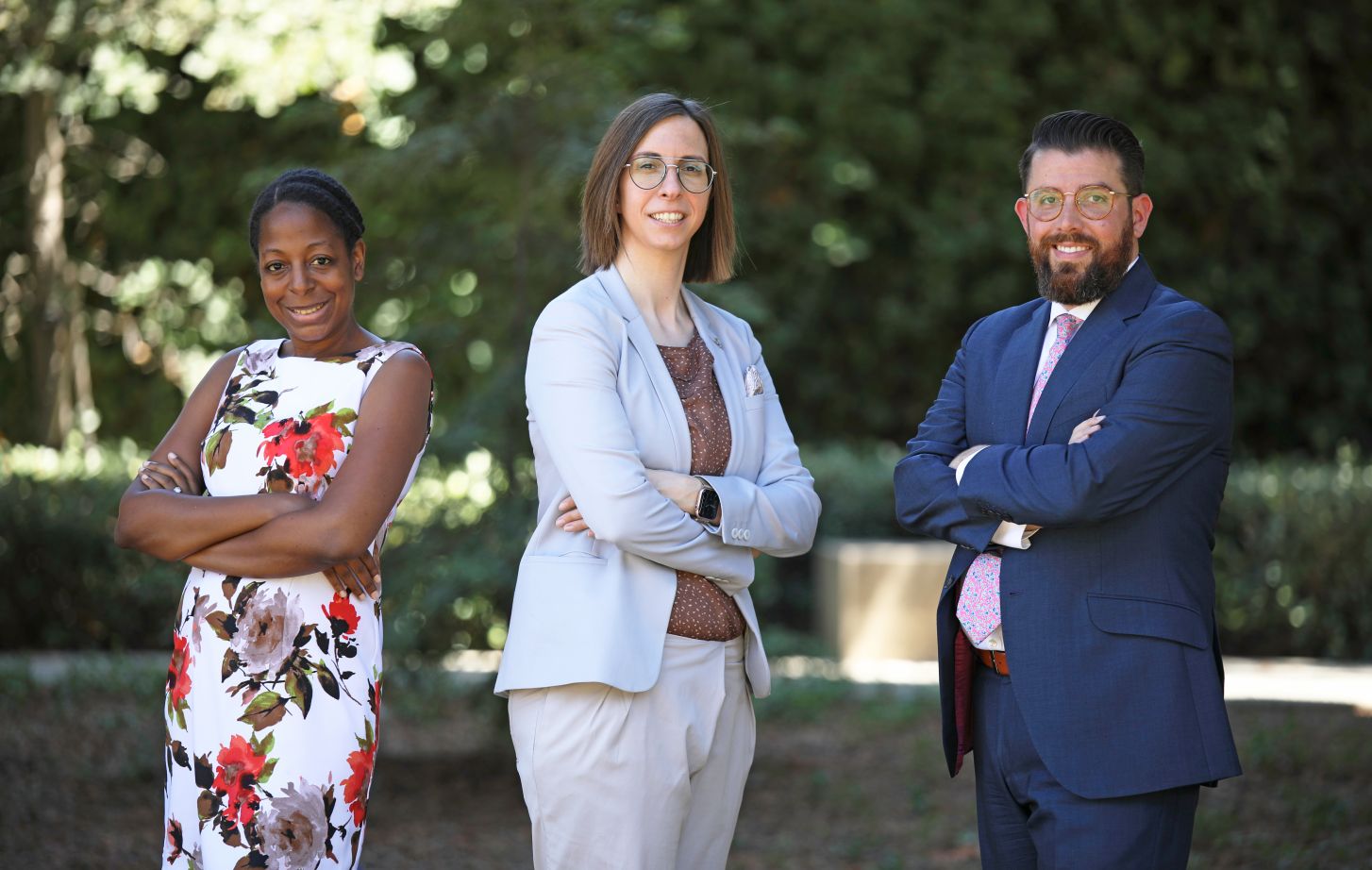 (From left) Adrian McKinney, Nadia Banteka and Ron Hochbaum recently joined the faculty at the University of the Pacific McGeorge School of Law. Photo by Ashley Golledge.

Three new faculty members have joined the University of the Pacific McGeorge School of Law community.

“I am thrilled to welcome these new additions to the McGeorge faculty,” said Dean Michael Hunter Schwartz. “Our community will benefit from their exceptional teaching skills and wealth of legal expertise.”

McKinney joined McGeorge’s adjunct faculty in January 2020 and taught courses on Criminal Law and Criminal Procedure. She also teaches effective writing for appeals at the California Department of Corrections and Rehabilitation.

In 2020, McKinney received a Woman of the Year Award from U.S. Congressman John Garamendi. In 2019, she received the Erica J. Murray Young Alumnus Award from Occidental College and a 40 Under 40 Award from the Sacramento Business Journal.

McKinney clerked for the Honorable Sandra B. Armstrong of the U.S. District Court for the Northern District of California.

She holds a bachelor’s degree from Occidental College, a master’s degree in public administration from California State University, and a J.D. from the University of San Francisco School of Law.

Nadia Banteka joined the faculty as an assistant professor of law in August. She will teach Criminal Law, Criminal Procedure, and Artificial Intelligence and the Law.

Hochbaum previously was an assistant professor of law at the University of the District of Columbia School of Law, where he directed the Housing and Consumer Law Clinic. Hochbaum also taught at Loyola University Chicago School of Law’s Health Justice Project and Cornell Law School’s Farmworker Legal Assistance Clinic as a clinical teaching fellow.

He also worked at the Homeless Action Center in Berkeley, California for six years. As the supervising attorney and intern program coordinator, Hochbaum conducted outreach campaigns to local homeless encampments, trained attorneys and worked to address the systemic criminalization of homelessness.

Hochbaum has also served as a law clerk for the Hon. Terrence R. Cook of the Superior Court of New Jersey.

His scholarship has appeared in legal publications, including the North Carolina Law Review and the Villanova Sports and Entertainment Law Journal.

Hochbaum holds a bachelor’s degree from Cornell University and a J.D. from Villanova University School of Law. 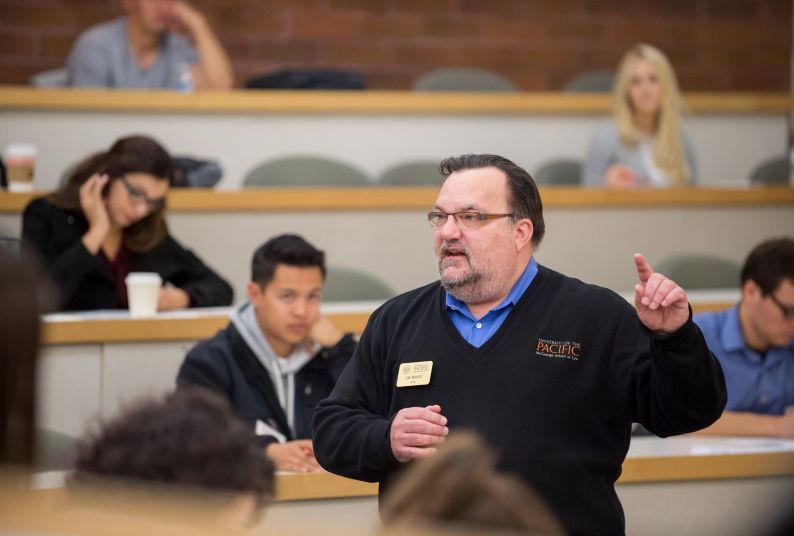 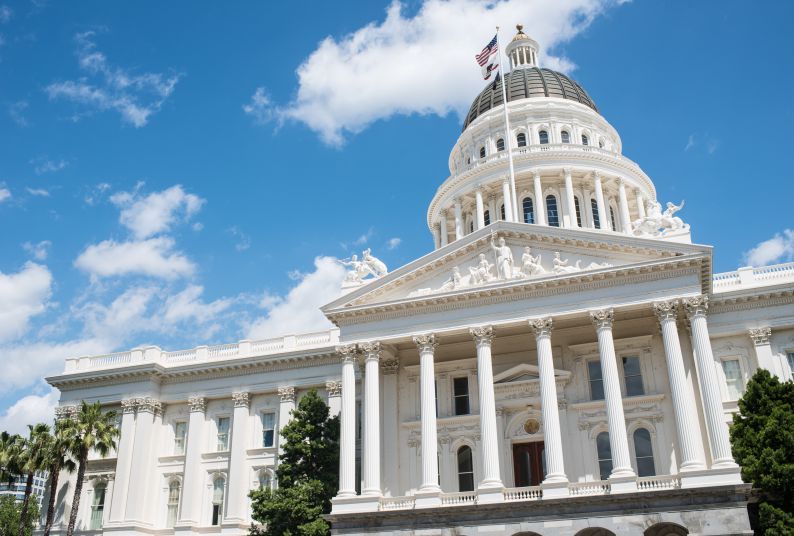 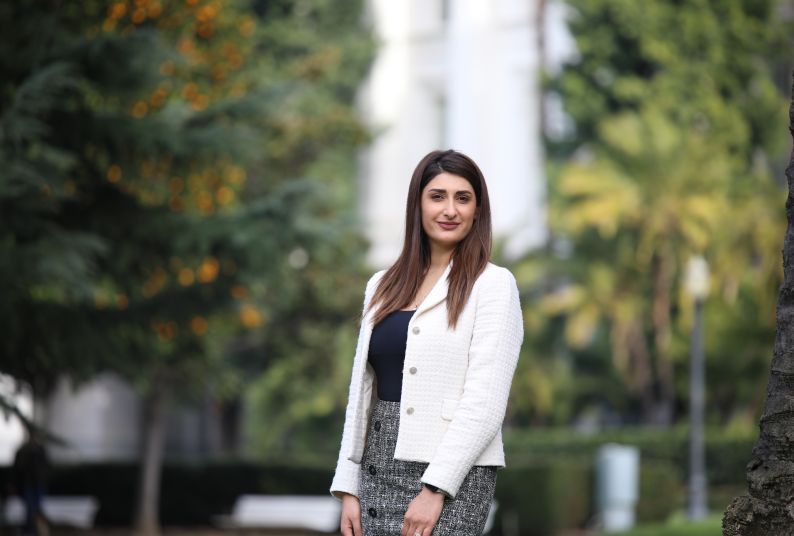