Women in Sports: Alumna transitions from Olympic athlete to Athlete Ombuds for Olympians and Paralympians 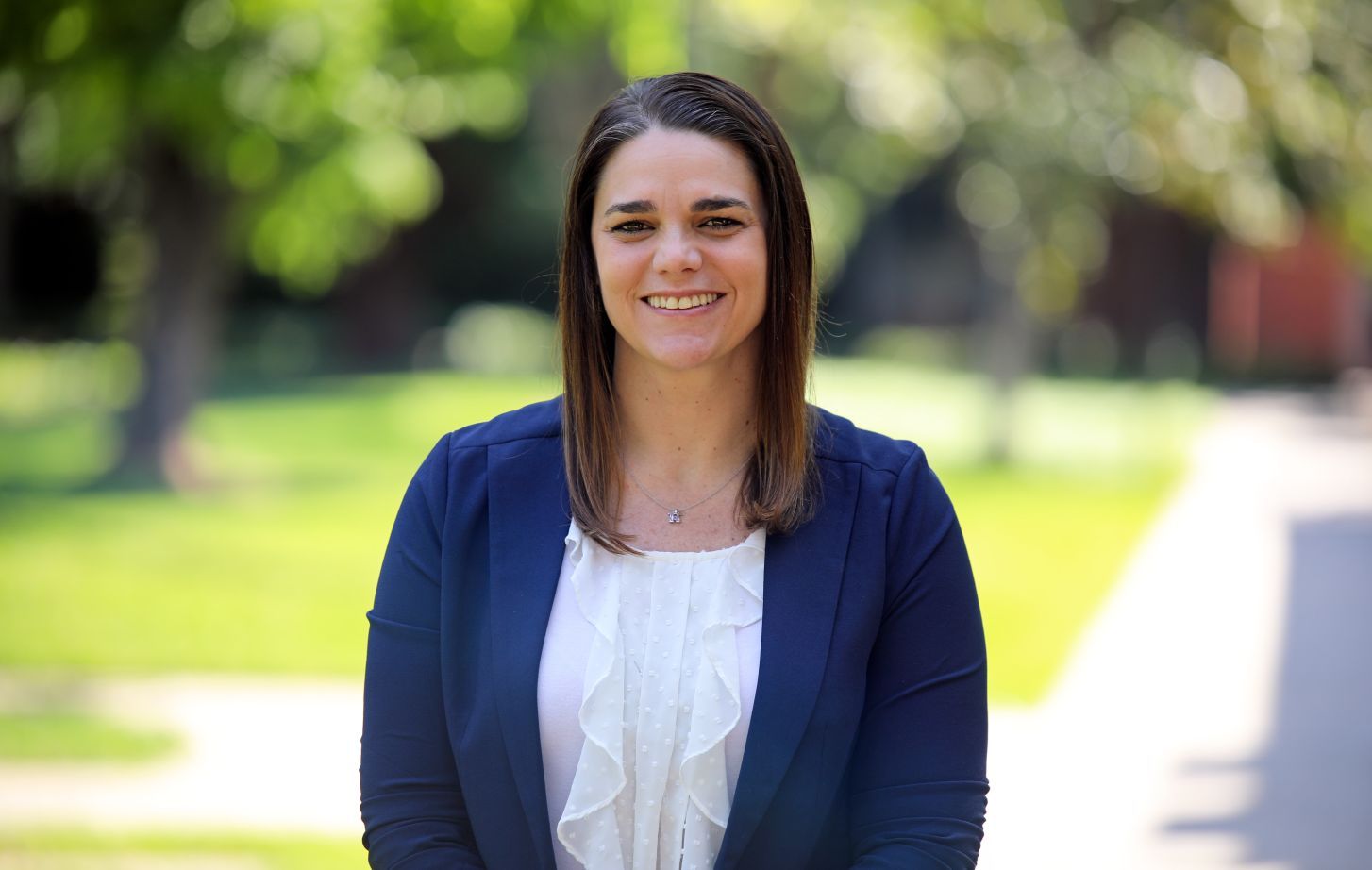 What does an accomplished Olympic athlete do after she retires from athletics? For Emily Azevedo, ‘19, the next step in her career was attending University of the Pacific McGeorge School of Law to equip herself with the skills needed to support fellow athletes.

Azevedo represented Team USA as a bobsledder for eight years and as a rugby player for 2.5 years. She competed in the 2010 Winter Olympics for bobsledding and ranked among the most elite athletes in the world. In 2014, she was an alternate for Team USA’s bobsled team at the Winter Olympics. However, she was ready to retire from the sporting world and find a new way to apply her strengths.

While taking community college courses, Azevedo became interested in law and the variety of career paths that a law degree provides.

“I am a fairly introverted and shy person, so the idea of being an attorney in a courtroom was not appealing to me,” Azevedo commented.

One of Azevedo’s professors, an attorney, opened her eyes to the diverse and nontraditional areas of law in which a Juris Doctor degree would enable her to excel.

After traveling the world for years, Azevedo was thrilled to settle down in Sacramento, close to family. Her first visit to the McGeorge School of Law campus left her with an overwhelmingly positive feeling about the school.

“I immediately got a really good vibe, and I liked how everyone at McGeorge was super welcoming,” Azevedo said.

After Azevedo graduated and passed the California State Bar, the Athlete Ombuds hired her to work as a full-time Associate Athlete Ombuds. Now, Azevedo says that she works primarily in dispute resolution, where on a daily basis, she combines mediation skills that she learned in law school with her first-hand understanding of Olympic and Paralympic Committee compliance and governance.

“I like being in a position where I can give back and provide an avenue and a resource for athletes who need help and support, particularly in challenging times when they are really in need of a listening ear,” Azevedo reflected.

Azevedo traveled to the 2022 Tokyo and Beijing Paralympic Games through her role as Athlete Ombuds. She lived in the Paralympic Village and was available as a confidential resource for athletes when sport-related issues arose.

When she was a student at McGeorge, Azevedo became involved with various on-campus organizations related to her interests, including the Public Legal Services Society and Rugby Football Club. She also served as the vice president of the Sports and Entertainment Law Society.

“He may not know it, but he made a pretty strong impact on me and my pathway in law,” Azevedo remarked. “I was intrigued and extremely drawn to mediation. This was what made sense to me: really trying to figure out what the underlying issues are with every party, and then finding a mutually agreeable resolution.”

Outside the classroom, Azevedo had opportunities to further develop her mediation skills by participating in the Prisoner Civil Rights Mediation Clinic. Students in the clinic co-mediate prisoner civil rights cases with a federal magistrate judge at the United States District Court for the Eastern District of California.

Additionally, McGeorge’s Externship Program allowed Azevedo the ability to earn academic credit while working at her ideal job: the Office of the Athlete Ombuds. The Athlete Ombuds offers confidential, independent advice to Olympic and Paralympic athletes competing internationally about their rights and responsibilities, as well as assisting athletes with any questions, disputes, complaints, and concerns.

“I saw opportunities, particularly for women, supporting athletes, and felt that was an area that I could move into after law school,” Azevedo said.

For students interested in a similar career path, Azevedo advises taking advantage of networking opportunities. Fortunately, networking is built into the curriculum for first-year students at McGeorge in the Legal Professions course.

As part of her coursework for Legal Profession, Azevedo recalls being assigned to interview an attorney with a role that she could see herself. Instead, she interviewed several attorneys and made lasting connections with others in the sports law industry.

“Formulating and continuing to build those relationships enables you to understand the career paths of others and to be considered for the opportunities out there that interest you,” she said. 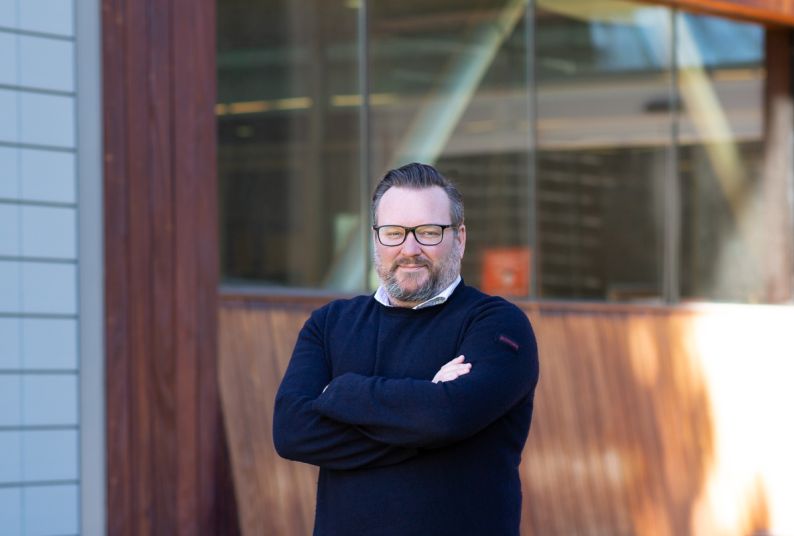 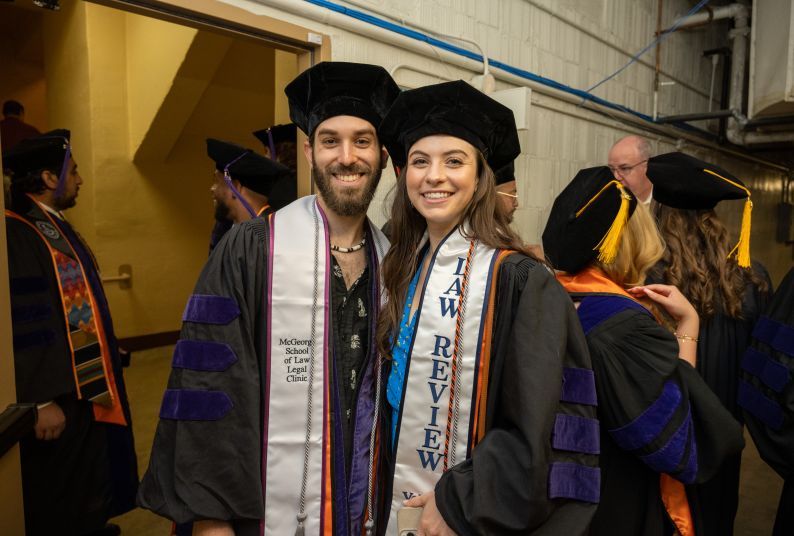