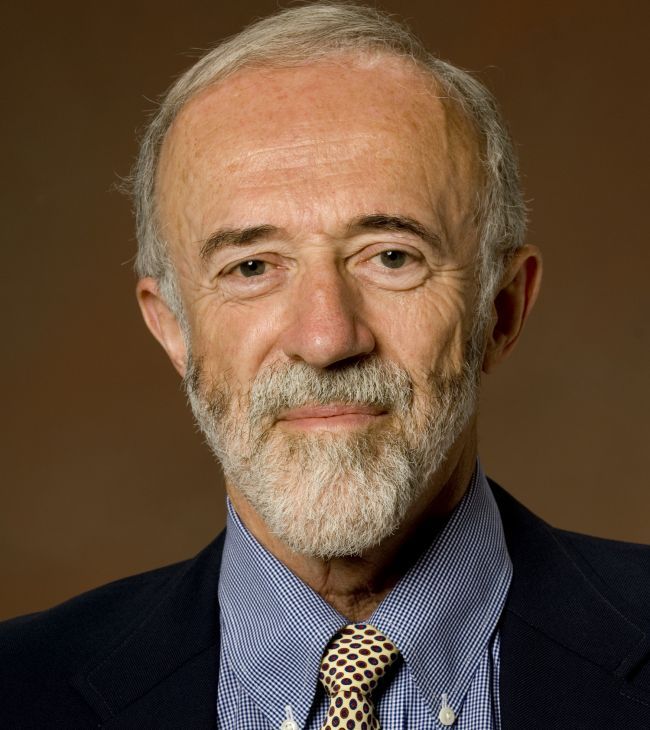 Professor John J. Kirlin has decades of experience in policy analysis, administration and financing directed at complex public problems, especially in California. His expertise includes state-local fiscal relationships, regional governance, land use, and environmental and species protection policies. As an elected fellow of the National Academy of Public Administration, Professor Kirlin has served as an environmental policy advisor to the U.S. Congress and the U.S. Environmental Protection Agency. He held faculty positions at the University of Southern California for nearly 30 years and at Indiana University-Purdue University Indianapolis for 5 years. He was the founding editor of California Policy Choices (1984-94) and is author of dozens of articles, book chapters and monographs and books on fiscal limits and municipal services.

Professor Kirlin served as Executive Director of California's Marine Life Protection Act Initiative (2005-07), launching a policy process which created Marine Protected Areas in California waters. He then served (2007-08) as Executive Director of Delta Vision, under a Governor's Executive Order, resulting in proposals for major changes to California's water, ecosystem and other policies, first in a "vision" (2007) and then in a strategic plan (2008). That work served as the foundation for a major package of water/ecosystem/Delta legislation enacted in 2009. Professor Kirlin also served as Executive Director of the Delta Vision Foundation (2008-2010), the mission of which is to keep the recommendations of the Delta Vision Blue Ribbon Task Force visible and relevant to policy makers, and is now a member of its Board of Directors. He also consults and serves as an expert witness on policy matters.

Roles in the US representative democracy

"Can Something be Done? Propositions on the Performance of Metropolitan Institutions." In: Lowdon Wingo (series editor) Reform of Metropolitan Governments. Baltimore: The Johns Hopkins University Press for Resources for the Future, 1972. 7-42 (with Francine Rabinovitz and Steve Erie). Routledge Revival, 2015.

"What Government Must Do Well: Creating Value for Society." Journal of Public Administration Research and Theory 6:1 (January 1996) 161-185.

Executive Director, Marine Life Protection Act Initiative. Public-private partnership, based in the State of California Resources Agency. November 2004 –May 2007. Initiated processes and led development of proposals for 24 Marine Protected Areas between Point Conception and Pigeon Point, then established by regulations of the California Fish and Game Commission. Process continued through 2011, resulting in 124 MPAs, covering 16.0% of state waters outside of the San Francisco Bay and 9.4% of state waters in "no-take' zones, a singular accomplishment by a sub-national government worldwide.

Local and regional governance and services

"Identifying Policy Choices and Facilitating Mobilization of Resources for Action." General support from Lilly Endowment, Inc., to the Center for Urban Policy and the Environment, 2002-2004. Principal Investigator and Director of the Center. $4,000,000. Numerous policy briefs, research monographs, presentations and conferences. Also authored or co-authored publications, usually on regional governance.

"Serving Central Indiana by Enhancing the Capacity of the Center for Urban Policy and the Environment." General support award from Lilly Endowment, Inc., 1999-2002. Principal Investigator and Director of the Center. $3,400,000. Numerous policy briefs, research monographs, presentations and conferences.